“If I had all the time in the world, I would spend it all with him, and even that would not be enough. He was not like others; he would hardly speak. I never understood what kept him away from me. Maybe, he was unhappy with our marriage but I failed to find a reason.” Sushma was again in tears.

As Deepika tried to console her, she continued, “He was not even pleased to hear that I was pregnant. My mother-in-law strictly instructed that I should deliver a boy, otherwise I will be thrown out of the house. I asked my husband to tell her that it is not in my hands but he never paid any heed to my words. He would sit at home all day and do nothing. He was on some medication and never told me why was he taking those medicines. I never saw him visit any doctor. He stopped talking to everyone and gradually also stopped eating. When I would force him to eat, he would leave the house and go somewhere. That fateful day also he left, never to return. Later, we got the news that he died.”

Sushma was nine months pregnant when she turned a widow. After delivery, she was left in the hospital. Her in-laws didn’t come to visit her when they came to know she delivered a baby girl. She never understood why her parents couldn’t find her. Maybe her in-laws spread the news that she died while delivering the baby. Her miseries had no end.

The hospital staff took care of her and her new born for the initial few days and then she realized it was time to leave. She had no money, not even to buy medicines for herself. She requested the staff to help her. One of the doctors helped her contact a nearby NGO and soon she moved there with her baby.

She shared a natural camaraderie with Deepika, the owner of the NGO. She was a fifty-five-year-old lady and a strong support to almost everyone who stayed in her shelter home. Her only aim in life was their happiness. She was also successful in finding new homes and families for many of the destitute women.

Sushma, who just turned twenty-three, received a warm welcome from her. Her daughter instantly became an apple of everyone’s eye. Her story was not new to anyone. There were many such women in the shelter home who were left to die.

A few months passed by, Sushma had bravely fought with her past and was looking forward to a better future. One evening while Sushma was reading a magazine, Deepika noticed how glued she was to it. She watched her silently and then asked, “What is so amusing in that magazine?”

She smiled and kept back the magazine.

She asked again, “Do you love reading?”

“No,” she said and tried to avoid her.

Deepika walked up to her and asked, “Then what is it? I have seen you smile when you read those magazines. Tell me.”

“It’s a childhood fantasy and nothing else.”

She tried to shy away from her but couldn’t. She knew she can’t just walk away without answering all her questions.

So, she continued, “I always dreamt of becoming an actor! I did so many plays in my village. When I see these girls in the magazine I start dreaming again. That’s it and it’s so childish that I never shared my dream with anyone. Why will anyone cast me?” She giggled and went away.

Deepika was happy that Sushma was coming out of her trauma. She started to laugh again, eat properly and gel with the other women who lived there. She then got a call from a person who was waiting to meet her in the office room.

He was Sushant Sahay, a very young and good-looking man. As Deepika entered the room, he said, “Hi, I am Sushant. If you remember I sent an email about the documentary I am planning to make.”

He took out a few papers from his bag and continued, “I have interviewed a few women already who have come out of trauma and abuse and are giving their life a second chance. You are doing an incredible job of helping so many women and providing them shelter. I would like to include a few stories from your NGO in my documentary film.”

“I am just a medium Sushant. It’s the almighty who chose me to help them. These women are very brave, all they need is a little push and they come out with flying colours.”

Sushant nodded, “Yes, you are absolutely true. I am highly motivated after meeting them and that’s the reason I want to become a voice to their stories. This should inspire many.”

“I am so glad you are doing this. I’ll send a few of them here and you can talk to them.”

Deepika left the room and went straight to Sushma. Sushma first hesitated but the word ‘film’ couldn’t stop her. She agreed to narrate her story for the documentary.

Sushant was waiting in the meeting room with a cup of coffee in his hand. Sushma stopped at the door, looked at him and then the camera that was placed on the table. She hesitantly entered the room and Sushant immediately got up, “Hi, I am Sushant.”

Sushant knew how to delve into such stories. He had a pleasing personality that made his interviewees comfortable. Sushma started narrating her story and this time, she had no tears.

They spoke about many more things, had coffee, and giggled on something when Deepika entered. She inquisitively asked what made them laugh so hard, to which Sushant narrated the incident when Sushma made tea for her in-laws and by mistake poured salt instead of sugar.

Sushant then asked Deepika if she would permit him to make a video of the shelter home. She agreed and also said that Sushma would help him give a tour. He thanked them and decided to meet again the next day.

Sushma kept looking at him as he packed his things and left. “There’s something very special about him. It didn’t feel like speaking to a stranger at all.”

Deepika responded with a smile, “See, you always wanted to act and tomorrow he’s coming to shoot his video. God plans everything.”

That made Sushma happy. While she tried to sleep that night, she felt a sudden relief, as if a burden was removed. She missed talking to her friends, keeping their hearts out and laughing at their own silliness. Sushant came with that freshness, meeting him reminded her of the happy times and she couldn’t wait to meet him again.

Next morning, she got ready and reached the meeting room even before he arrived.

Deepika smiled and said, “I appreciate your punctuality. It would be great to work with you. How about helping me with my office work?”

“I would have loved to but you know, today I am a little busy with some shooting,” and they burst out laughing.

Just then Sushant entered, badly bruised. “Sorry am late, I met with an accident.”

They both rushed to him to help him take a seat. Sushma offered him a glass of water but he couldn’t hold the glass. “I hope there’s no fracture,” he said holding his arm.

Looking at his condition Deepika said, “You should visit a doctor first. I’ll ask my driver to take you to the hospital.”

Sushma accompanied him to the nearest hospital. Sushant started getting uncomfortable as his pain was now aggravating. She asked him to sit at the waiting hall and did all the formalities at the reception.

She felt bad looking at him, he was in so much pain. She wanted to comfort him. She went and sat beside him, waiting for the doctor. Sushant looked at her and gestured he is fine. “Thank you so much for helping me,” he said, holding his left arm.

Sushma stayed quiet, offered him some water and then lightly touched his left elbow, “Is it very painful?”

Before he could reply they were asked to meet the doctor. She stood silently behind him as the doctor carried on the formalities. She kept looking at him as he narrated the incident, he was still a stranger but it seemed she knew him since ages. She could feel his pain.

They were then asked to get the x-ray done. While walking towards the x-ray room which was on the other side of the lobby, Sushant asked, “Why are you so worried? There’s nothing serious. Even the doctor said it doesn’t look like a fracture.”

“I am fine. Don’t worry. Now smile please,” he said with his pleasing smile.

She managed to smile a bit to which he started laughing, “Look at your face. Looks like you would cry anytime now.”

She said angrily, “I am so concerned about you and you are making fun of me.” She continued to walk ahead, ignoring him and then stood at the door of the x-ray room.

Sushant joined, still smiling at her. The staff then asked him to enter.

As they walked in, the staff stopped her, “Not you, only your husband.”

The word ‘husband’ pinched her hard. She looked shocked. As if someone woke her up from a dream.

Sushant too noticed the sudden change in her expression. As he walked in with the staff, he rectified, “She’s not my wife.”

Sushma had a heavy heart again. She started walking away from the x-ray room. With tears in her eyes, she asked herself, “What am I doing? Why am I so carried away? He’s not even a friend, why have I started to feel for him? Why did I accompany him here?”

She felt ashamed of herself, her past hit her again. For a day, she forgot everything, she started liking him, she was almost in love with him.

Sushant saw her from a distance and asked her to stop but she didn’t. She started walking faster, she didn’t have the courage to face him again. She ran away, far away from him, ran away from her present, from her happiness.

She was back in her past, from where she had managed to come out. Life was not the same anymore. It was difficult for her yet again, maybe for some more time, maybe till the time, she gathers the courage to come out of it, all over again. 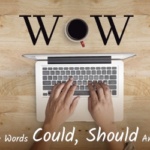 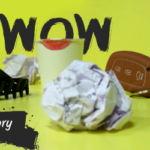 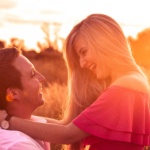